“Everything I learned I learned from the movies” Audrey Hepburn.

One of my favourite things to do is sit at home of an evening, with my blanket wrapped around me, maybe with a mug of hot chocolate and some snacks, watching a good ol’ movie with my parents, family, friends or even just myself.

Movie nights are some of my favourite nights.

I love sitting at home with my parents and settling down to watch a new film together, or showing them one I’ve previously seen before and think they would enjoy. I love going to my friends house (usually Chantal’s aka the hostess with the mostess) for girlie nights in with takeaway and films. I love going to the cinema with Emily and Chantal, making the most out of our Cineworld Unlimited Cards and watching all the films that are new out, from horror to romance to sci fi to comedy.

My favourite genre of film is definitely rom-com but I tend to get on with most types. My favourite films of this year so far are Get Out, 50 Shades Darker, Beauty And The Beast and Baywatch.

As a film lover I have many favourite films and although the ones listed above are my favourites of 2017 (so far) today I will be sharing with you a list of my favourite movies of all time.

This list is in no particular order, as I love all the films equally and I just couldn’t rank them from top to bottom. That would be a job harder than running for Prime Minister!

So without further ado, these are a few of my favourite films…

I’m contradicting myself here because I said I couldn’t rank my favourite films in order but I do have to say that Cinderella probably does take the top spot for me, this film would definitely be in my top 3. I love this film purely because I find it so inspiring and is there anyone so sweet and pure as Ella? I aspire to be more and more like her everyday, she is an amazing role model with her lovely, genuinely kind personality. I wish to be more like Ella and I like to spend some mornings watching Cinderella clips to give me some inspiration for the day ahead. I think the world would be a better place if we were all a little more like Ella. I love this film because its so magical and romantic, with a wonderful moral to the story to always ‘have courage and be kind’. This movie also holds fond memories for me as I saw it first at the cinema with my sister Zoë and it was a really lovely day for us and for her birthday last year, I bought Zoë a bangle engraved with the quote ‘have courage and be kind’, she loved it.

Isn’t The Holiday just the most romantic, heart-warming film ever? From the first time I saw this film, I instantly fell in love especially because my favourite actress Cameron Diaz plays the lead role of Amanda! I love all films Cameron Diaz is in but this is probably my favourite because I just love the romance factor. The relationship between Amanda and Graham has me feeling all the feels, they are so sweet together. I never actually realised when I first watched this film that its considered a Christmas film and the fact that it is makes it even more magical. The Holiday is the perfect feel good romantic comedy which will make you feel all warm and fluttery inside.

MOANA, make way, make way! Obviously Moana immediately ranks high up in my estimations because its a Disney film and with so much to love about it, of course its one of my favourite movies. Lets start with the fact the setting of the movie is just so beautiful, tropical and dreamy. Like Cinderella, the character of Moana is also very inspirational. She is brave, courageous, determined and filled with passion to fight for what she believes in. I think as a character she is definitely a great role model and she inspires me to be a little more bold and a little more fearless in the pursuit of following my passions. One of my favourite things about the film Moana is the soundtrack, because its so feel good and Summery and makes me feel happy every time I listen. Overall the storyline of the film is brilliant with an abundance of adventure as Moana sets out on her journey to return Island Goddess Te Feti’s heart, encountering funny characters such as the Demi God Maui and the hilarious ‘I’d rather be shiny’ Tamatoa on her way, facing and overcoming struggles as she travels. This film is entertaining and joyous to watch from start to finish and I would highly recommend. 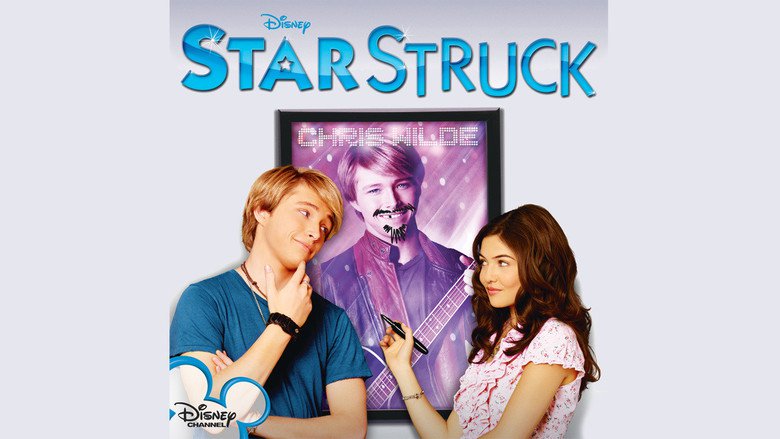 I will never forget the first time I saw the trailer for Starstruck during the ad breaks on the Disney Channel, I knew instantly it would be a film I was going to love and to this day I love it just as much as I did when it first came out. Set in sunny California this film gives me all the Summer vibes and just like Moana, makes me feel so positive and happy whenever I watch it. This film always reminds me of my holiday to LA and has me longing to go back whenever I watch it. I love this film because its sweet and fun and I think Jess’ relationship with pop sensation Christopher Wilde is too cute, the scene where he turns up at her prom after they argued has me feeling all the feels. So adorable!! This film makes me feel so nostalgic and takes me back to my teen years, I feel so happy whenever I watch it.

Pretty Woman is such an iconic film and I could watch it over and over again, enjoying it just as much every time. Everything about this film is perfection. Julia Roberts portrays the character of Vivian so well and I love how much depth there is to her character with a sassy, confident, couldn’t care less exterior, like an onion Vivian has so many layers to her which are revealed throughout the movie as you discover her vulnerable, sweet and playful side whilst she always remains her fierce self. One of her best scenes is when she returns to a store she previously got rejected from and rubs it in their faces how much she would have spent if they’d allowed her to shop there. Vivian, you go girl!

Pretty Woman is the perfect romantic comedy, being funny and witty whilst still being charming and romantic. Its a classic, iconic film which I believe everyone should see at least once in their life time. Its a 10/10 movie in my opinion and again, I know I said I couldn’t rank them but its 100% tied with Cinderella as being up there as my top favourite film.

I’m Walking On Sunshine, woooah, don’t it feel good! This film is just everything, such a vibrant, feel good romance film set in the very beautiful Italy, this film makes me feel so happy and Summery. I’m a sucker for a good romance and this film really delivers in my opinion, the storyline is magical and I love the forbidden romance factor, with two lovers having to deny their feelings until finally reuniting and the soundtrack is just so upbeat and positive. 80’s music is always a winner for me so the musical element of this film really crowns it as one of my favourites.

There are so many amazing films which I love a lot, I could go on and on forever writing a whole essay on my favourite films so before I ramble on for too long, I must give a quick special mention to these movies too:

and CUT! That’s a wrap, there you have an extensive list of all my favourite movies!

Have you seen any of my favourite films? What’s your favourite movie? Let me know in the comments below.

Thank you all for reading, I hope everyone enjoyed this post.