After reading Katie’s 25 More Facts About Me post over on Katie’s Sanctuary Blog (one of my favourite blogs by the way) I felt inspired to do a similar post myself because it was something I found really interesting and enjoyable to read. I mean, I’ve always thought of doing a 25 facts about me post but I was never sure whether to or not, but lets face it, we all love to have a little nose into other peoples lives don’t we? And we all love to talk about ourselves… whether we’ll admit to it or not so really, this post is a win/win for everyone involved. I get to embrace my inner narcissist and ramble on about me, and you guys get to have a nosey. Perfect!

1. I moved to Menorca when I was 16 years old with my parents and we lived there for just a few days short of a year. It was essentially one long holiday for me as I didn’t have a job and I spent my days lounging around the pool or exploring with my family. It was an amazing experience however I did struggle a lot. All my friends back home were growing up and doing their own thing, going to house parties, drinking, dating and working and I was lonely having moved to a new country where I knew nobody. Eventually I did make a handful of friends to hang out with outside of my family life, but it sure as heck took a long time and it was difficult when I would see my friends posting together on social media. However I wouldn’t change my experience there for the world and I was very lucky because all of my friends back in England skyped me often and made an effort to maintain a friendship with me. One time I visited for a week and they even threw me a surprise party, which was very sweet. I only speak to two out of eight of the girls now, but even so I am grateful for the loyalty they all kept whilst I was away. 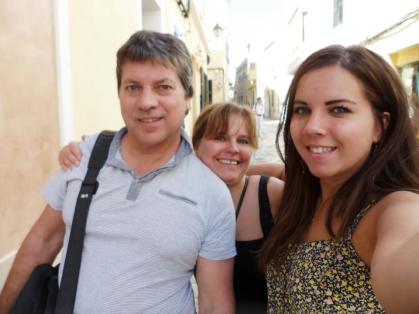 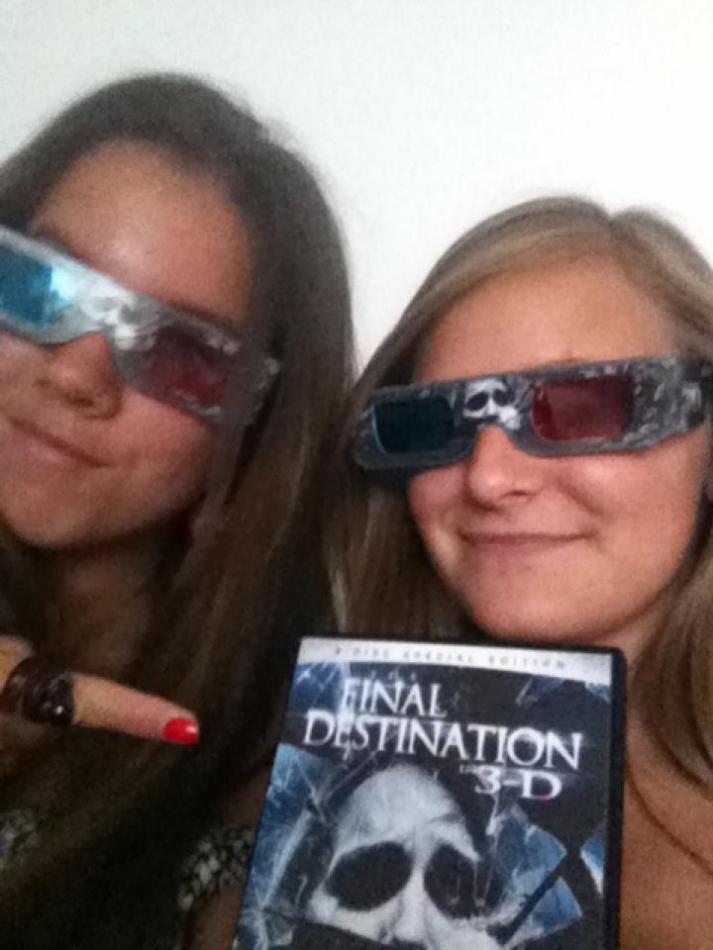 2. Speaking of friends, my best friend Emily and I have been friends since we were 5 years old. That’s a solid 17 years, how amazing is that? We’ve grown up together, she’s a part of my past, present and future. She means the world to me and I am so thankful to have her in my life. I can’t wait for our holiday to Florida together next month!

3. My family mean the world to me. I love them all so much and I’m always looking to spend as much quality time with them as possible. Even when I’m 30 years old, married and possibly with children, I still wanna be going on holiday with them and moving out on my own?? Don’t even get me started! I can’t even imagine not living with my parents, seeing them every day, watching the soaps and eating dinner together. I love them soooo much.

4. I have two beautiful nieces who I haven’t seen for almost two years now. My eldest sister decided to estrange herself from the family and we haven’t spoken in years. I’ve not a clue what her problem is, but it breaks my heart that I don’t get to see my girls grow up. The hardest part is not being able to be there for them, growing up is difficult and at the age they’re at now it can be a scary time. Mollie moved up to secondary school last year and Imogen will soon be on her way, I want them to be okay and if they’re ever upset or down about anything I want to be able to help them. I know they’re fine and they have an abundance of family and friends to look after them, I just hope they know how much I will always love them regardless if I’m actively involved in their lives or not. 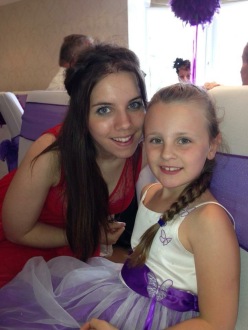 5. Along with my beautiful nieces, I also have a gorgeous nephew who thankfully I do get to see! Tommy is my brothers child and he’s the sweetest little thing, he’s three years old and an absolute treasure. He’s such a sweet, joyful child, always smiling and an absolute lover of all things cars. When I go to Disney World next month, I’m going to buy him so much Lightning McQueen merchandise. To me, one of the most important things is seeing that smile on his face and making sure he’s happy. I love him so much. 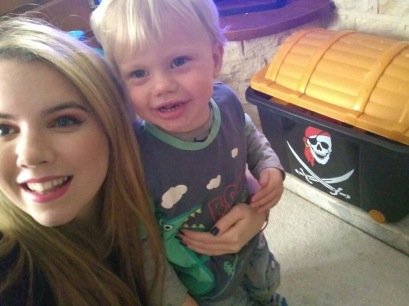 6. I’ve lived in over 10 different houses/villas/hotels and I’m only 22 years old. I started off my life in Surrey where I lived until I was 5 years old when my family and I moved to Milton Keynes. I lived there for the majority of my life until my parents and I set off for our Menorcan adventure where I moved from apartment to apartment three times. Moving back from Spain, my parents and I decided to set up base in Scarborough to be closer to my sister Zoë who lived there at the time. For a few weeks we had to live in a hotel because it was difficult to find a proper home, eventually we found a little apartment but it just wasn’t working for us, so we moved back to Milton Keynes and so far we’ve lived at my Nans, found a flat which we rented for three years, had to move out of said flat because the landlord got reimbursed, moved into an apartment, had to go back to my Nans, moved into another house until we ended up where I am now. I’ll be moving again soon in a couple of months, because this house is only rented and the lease will be up soon. We’re not planning on renewing it because the place is kind of small, but our goal is to go into shared ownership in the next year or two. I’m exhausted just thinking about it all!

7. Along with all the houses I’ve lived in, I’ve also had a grand total of 8 jobs. I worked at Costa Coffee for 9 months before I moved to Menorca where I never even graduated to coffee maker, I was always on the tills or pot wash! Then when I was back from Spain I got a part time unofficial job at a golf club which I’m pretty sure I was fired from as one day they just never called me in for another shift, followed by stints at Monsoon, Superdrug, Peacocks and more. I’ve been at my current job for over a year and five months now which means soon it will be my longest ever employment, definitely a good thing because I love what I do and really enjoy my working life.

8. I left my job at Superdrug because I worked with my ex and being the charmer he was, he decided to couple up with another girl who also happened to be a colleague. Unsurprisingly, it wasn’t a comfortable situation. I lasted a couple of months before the majority of my best work friends left and I couldn’t do it alone, so I handed in my notice with not another job to go to and thought ‘f*ck it’. Thankfully I’ve moved on from this situation and after years of on and offs, I’m well and truly over my ex and couldn’t be happier! Boy, bye.

9. I’ve been single for around four years now, mostly due to the fact my ex and I were off and on again for the majority of my adult life so far so I was never really free to move on. I have dated/seen other people but nothing ever amounted to anything, some things just aren’t meant to be. I think even if I was fully over my ex at the time, it still wouldn’t have changed my outcome with other relationships. Even so, it would be nice to have a boyfriend but I’m in no rush whatsoever. I’m only young, there’s time to come for all that. I’m just going with the flow but what I will say is piece of advice: Ladies (and gents) an ex is an ex for a reason!!! Forgive once maybe, but if it doesn’t work the second time, then it’s not worth the heartache of trying again a third, a fourth and a fifth time. Let that shit go and don’t look back.

11. My least favourite Disney princess is Ariel. I think she’s so selfish and all she cares about is Prince Eric. It’s a shame because I love mermaids, but Ariel ain’t the one.

12. Growing up I attended a Saturday theatre school which I loved, however I gave it up after a few years because I wanted to stay at home and watch the Disney Channel. Standard.

13. If I could re-do my life I would definitely focus on learning dance from a young age, specifically ballet. It’s so graceful and beautiful and I would just love to be a ballerina. You’re never too old to follow your dreams however, so watch this space.

14. I love birthday cake. I have been known to go out and buy a full serves 8 people kind-a cake just as a snack to eat whilst I watch Netflix. A gals gotta do what a gals gotta do.

15. I love reading. My favourite author is Jane Costello, but I also love Jackie Collins and Jill Mansell. My favourite books of 2016 were The Ice Twins, The Girl On The Train and Summer Nights at The Moonlight Hotel.

16. I used to make music videos on YouTube and it was one of my favourite hobbies. Even now when I listen to music, I often find myself creating music videos in my head. Is anyone else the same?

18. I studied make-up at college and have a qualification in make-up artistry. I really struggled with the course at first and felt like I couldn’t do anything. I’m so glad I stuck it out though otherwise I wouldn’t be where I am today. Here are some of my favourite looks I created whilst taking the course: 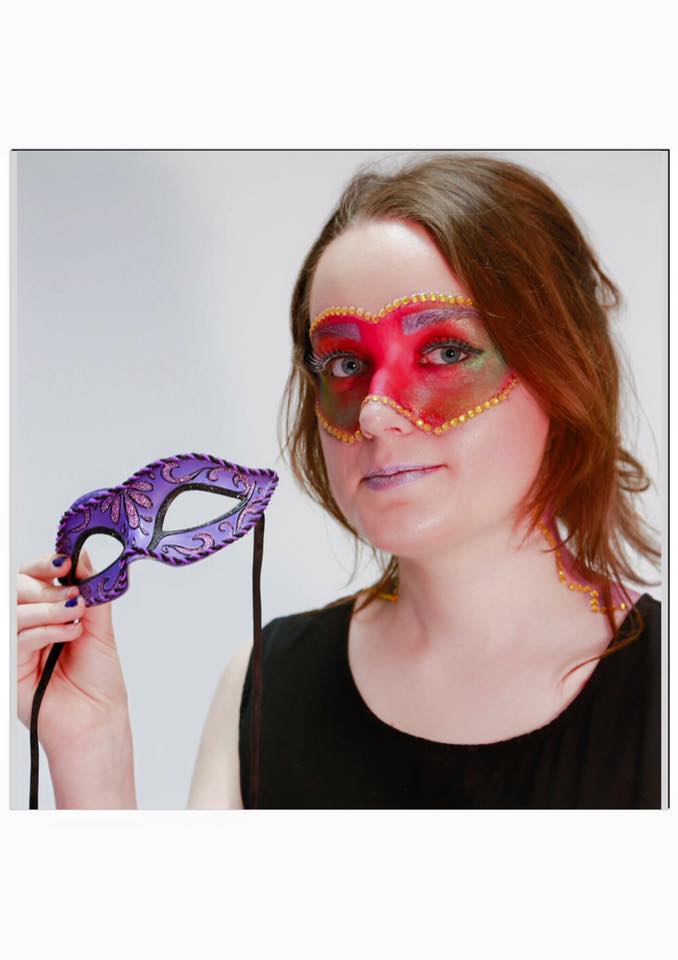 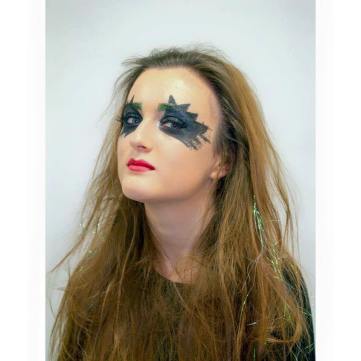 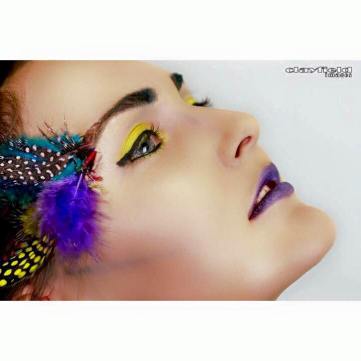 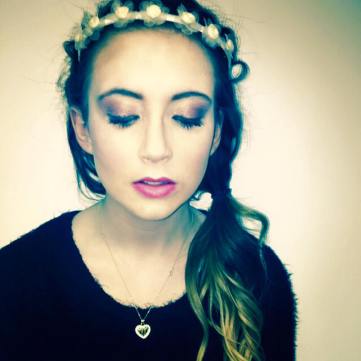 19. Thanks to my college course I got to be a backstage MUA at the 2015 Kerrang Music awards which involved making people over as zombies and also getting to perform as one myself out in the crowd for a ‘zombie invasion’. We literally went out into the audience for about 5 minutes but it was so exhilarating, because the tables we ‘zombie-d’ past were seating big names such as the lads from 5SOS and similar rock-y bands. It was crazy exciting and afterwards we got to watch the rest of the show, where I saw Marilyn Manson accept an award and a performance from Dynamo. It was an amazing day! 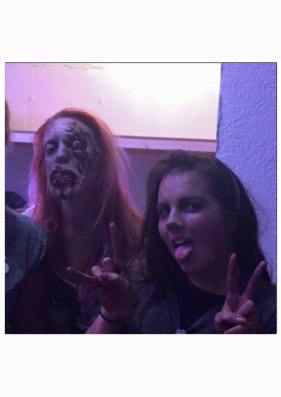 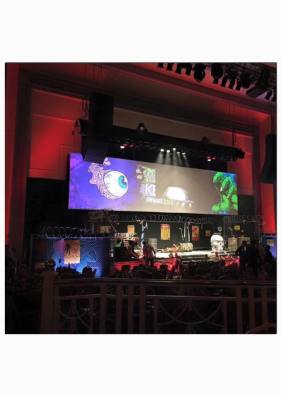 20. I love all things Law Of Attraction and I’m a very spiritual person. I’m a big believer in the power of positivity, gratitude and visualisation. I treat The Secret by Rhonda Byrne like my bible and I would highly encourage everybody to read it at some point in their lives. It will change your whole life.

22. I love going to concerts and some of my favourite people I’ve seen live have been Eminem, Steve Aoki, Example and One Direction. 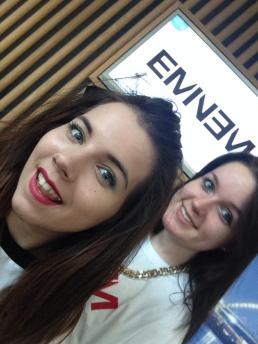 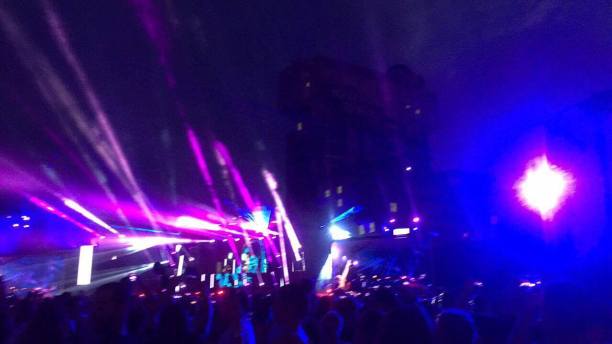 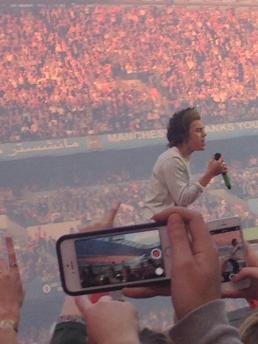 23. My dream house is a mansion in St George’s Hill. Yes please!

24. I love going to theatre to see musicals. This year I have seen School Of Rock and I’m off to see Dreamgirls in October. I can’t wait! 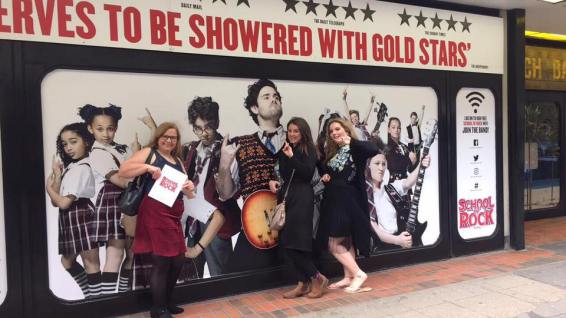 25. Finally for the last fact, I love eating healthy and my favourite fruits are bananas, grapes and raisins!

Phew, do you feel like you’ve learnt something new?

if you’ve done something similar let me know so I can read your 25 facts!

Thank you for reading,